Last week has seen the release of three reports in India- MDG (Millennium Development Goals) report, SECC 2011 (Socio Economic and Caste Census), and RSOC (Rapid Survey of Children).  The data contained in these reports are to an extent reassuring but to a greater extent disappointing. And it is disappointing only because numbers don’t lie.

MDG report 2015 shows that India has halved its incidence of extreme poverty from 49.4% in 1994 to 24.7% in 2011 (Limit of extreme poverty has been set for those living for less than 1.25$ a day). And as halving the extreme poverty by 2015 was one of the targets of Millennium development goal in 2000, we should be fairly satisfied with these numbers, as we have reached a goal.
However, in the same period, poverty reduction achieved by our poorer neighbors Pakistan, Nepal and Bangladesh is higher. I am not implying anything, but only stating what I have read in The Hindu. Not to compare apples and oranges, let us move on. 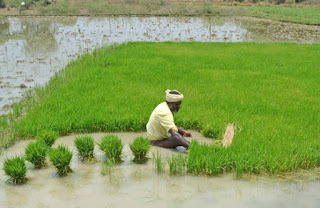 When we go through the highlights of these reports, we realize how much of the real India is behind the veil of curtain drawn across by our ignorance and pride of a number that only shows our GDP growth because, recently, I came across facebook posts which were pitting our GDP growth against China’s GDP growth, that took pride in the prediction that ours would out do theirs in lesser than a decade. I am not being a spoilsport to the dance of Incredible India  (again, sorry for generalizing the general public) but am only asking a touchdown of our flight of pride, if we are aboard one, because some of these numbers should in fact make us crash that flight.

RSOC (Rapid survey on Children) by UNICEF, on the other hand, had data that was a touch more cheerful. The report shows that both child stunting levels and underweight children in India had fallen to a historic low but then almost all states have performed poorly in reducing the number of underweight adolescent girls. Gujarat, a perceived developed state, is the only state to perform worse than the national average in reducing the number of child stunting case and underweight children (An awkward sheepish moment for all the “Gujarat model” propagators may be?)

And coming to the last one, SECC 2011 (Socio Economic and Caste Census) released only this week, data for rural households revealed that
1.       In over 90% of households, the main earning member makes less than Rs. 10,000/- a month
2.       Over half the households are landless
3.       Over half the households rely on casual manual labour for the larger part of their income.
4.       Out of a total of 17.4 crore households, 1.8 lakhs households are engaged in degrading work for a livelihood (i.e manual scavenging). Saying that, it is a significant improvement from the 35 lakh such households back in 1961.

These numbers are not something that are seriously looked upon as the foundation from where “real development in India” has to begin. Because these numbers are not too grim that they could set the alarm bells ringing or could start an up roar in the parliament (in fact, who would up roar? Each of those parties had formed governments in the past two decades and the data today is only a reflection of the policies of the different governments in different periods spread over the last two decades). But yet considering our population, the percentage would wind up to staggering numbers and that all of them live in a country that I too live in is disturbing. I cannot be proud of the high building rises of my cyber city or the investment rains of my state, or the growth of my country, until the rural society too sees some proportional development in tune with urban society.

There is no point in pointing fingers at any parties, or any individuals for the inadequate policies or policy implementation, because all that matters now is how all these data are taken by the present government. What matter is how do we go forward from here? How much of those numbers would reflect in the policies and reforms? It’s not just the politicians but also the bureaucrats, who are at the other end of implementation chain, who have to buckle up and be pro active in cutting down such numbers in data. A true leader does not only talk loudly, or act popularly, but someone who recognizes the ‘less fancier’ true base of a country and propels it forward. And can NaMo be that leader? Only time will tell.

Source: Data is from The Hindu
PS: THIS BLOG claims no credit for any images posted on this site unless otherwise noted. Images on this blog are copyright to its respectful owners. If there is an image appearing on this blog that belongs to you and do not wish for it appear on this site, please E-mail with a link to said image and it will be promptly removed.
Posted by Unknown at 13:51