Whose foot is it and in whose mouth? 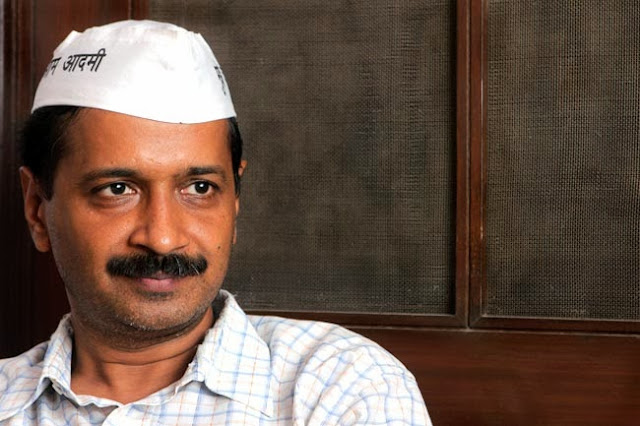 I have grown up, and growing up, surrounded by a lot of talk about how frightening or aloof the political stage is and also how the whole stage desperately needs a complete revamp, which always seemed as likely as a snowfall in Chennai. But of late, the chain of events on that stage has been pleasantly surprising.

The rise of the party which portrayed itself as a “Common-Man Party” assuaged our common belief in the need of alternate politics. But the question that plagues my mind is that, has it risen high enough for it to really provide that alternate politics? Are those 28 seats going to be enough?

Well, Yes and No.

Yes, because, they have given themselves a shot at forming government.

No, because, that has served as the call out notice for ALL INDIA CYNICS (AIC) association to come out in full force.

And this association is exactly what bothers me today. That association is an unregistered, ever growing, highly contagious entity that always looks out for the plate of change but is highly cynical of anything that is served at them.
And let me elaborate. They today, are questioning two things.
1.     Is AAP really that ray of hope that actually sets about a change in the administration?
2.    If kejriwal, at the start of his political career, cannot stand on his word, how liable is it to trust him? Is it not greed that took him from “We will not shake hands with congress” to “Forming government with congress”?

The answer to the first one is really simple: Time. Time is bound to give answer for that.

And it is the refusal to accept any obvious answer to that second question that has me labeling that group as AIC. The gap between Kejriwal’s first statement to the second statement is not just a full stop on Microsoft word. It has got a space in between which needs to be filled with details. He might have been forced to curb his ego and move ahead with his foot in his mouth.

Before we question Kejriwal’s change of stand, we should look at the alternatives that AAP had. Here are the different scenarios/options which were staring at for AAP, as far as I was concerned.

Scenario 1:
AAP does not take support of either BJP or Congress. It therefore has eye on the elections which will take place only after 6 months. That is around the Lok Sabha elections. Now four cases are possible:

Case1: After 6 months, BJP walks away with the majority, because the nation will most likely be in a MODIFIED mood by then. AAP knows this. Tables could turn anyway. BJP has already got 32 seats now, it could win those seats again and a few more congress seats and easily get the majority by then. This is the most likely case, and the most dangerous one for AAP.

Case2: After 6 months, AAP gets the majority which means, it has to win few of BJP seats or congress seats, which wouldn’t be a good bet on any given day. This is not likely to happen owing to the strong blind support that Congress and BJP usually has got in its ‘territories’.

Case3: After 6 months, Congress gets the majority. This is the LOL case and near impossible one. Better to rule this one out.

Case4: Another hung elections with no one getting the majority. This has got as much chance as case 1.
So in this whole scenario, Case 1 and case 4 seem to be the most likely ones, making this scenario a very risky bet for AAP.  Scenario 2:  To avoid scenario 1, the first option is to form government.  Now who do they form with?

Case1: With BJP. But then, it would be a suicide mission, because, BJP has 32 seats, 4 seats more than AAP, it would be like AAP extending support to BJP. And AAP’s hands would be tied away further in this case.

Case2: With congress. It would mean, accepting support from the very party that they were against all along, but that would be a premeditated stand in which they opposed a party for just who they were. AAP could look at a more rational approach here, because they have the advantage of numbers here as the congress has only 8 miserable seats. If there comes a tomorrow after forming government, when AAP introduces a people friendly bill, and congress MLA’s reject it, they have the opportunity to expose the congress for all. And if congress does support, well, it would then be termed as ‘congress in AAP’s hand’. But if congress does pull out its support, and government crumbles, AAP would be victorious and can contest the elections with that much more confidence of a victory.
Scenario 3: Sit in the opposition, which AAP was certainly ready to do but that would have meant congress and BJP forming the government, which could not have happened. So that took them back to scenario 1.  All these scenarios, if not anything, should teach us one thing, and that is that a leader is not he who is stubborn, or he who doesn't curb his ego and moves ahead blindly because of a word given at different point of time.

A leader is he who takes decisions in line to the existing situation, taking into account all the pros and cons and in that process, who has let himself be projected as a fool/traitor/cheater/what-ever-you-call. He has shown that his word is not bigger than his parties. If he has chosen to set aside his own promises, his personal interests and taken a stand for the public, the common man, he deserves, if not anything, at least time to prove his worth.

At the end of that time, it might be Kejriwal, me or the association of cynics who are going to end up with a foot in mouth.

Hence, I am reminded of a famous line from one of Will smith’s mediocre movies, “Fear is not real. It is a fragment of our imagination. But Danger, Danger is real”

And it so fits here.

Danger is another election. And that is real.
Fear here is the association of Congress and AAP. And that is a fragment of our imagination.
Posted by Unknown at 18:28